A cryptocurrency is a digital currency that is created and managed through advanced encryption techniques at the heart of the blockchain technology. Once an academic concept alone, in 2009, Bitcoin became the first alternative currency made on the blockchain infrastructure to be traded internationally.  Since its launch, Bitcoin has seen numerous altcoins competitors rise and fall while enjoying incredible gains in profit. At this time, just 1 BTC is worth $16,777!

“Bitcoin gives us, for the first time, a way for one Internet user to transfer a unique piece of digital property to another Internet user, such that the transfer is guaranteed to be safe and secure, everyone knows that the transfer has taken place, and nobody can challenge the legitimacy of the transfer. The consequences of this breakthrough are hard to overstate.”
-Mark Andreesen

It’s a really amazing time to be involved with alternative currencies like Bitcoin. There are many opportunities available which allow you to profit from mining and trading alternative currencies. You can even leverage your marketing expertise. Many programs allow you to earn multiple streams of income based on referrals. If you have been sitting on the sidelines and watching your friends make serious money with cryptocurrencies, maybe it’s time to get involved?

Keep reading to learn more about the technology and trends guiding cryptocurrency investment in 2018 and beyond!

Blockchain technology is one of the revolutionary innovations of our time. Disruptive of existing financial, social and political structures, it is offering individuals around the world the opportunity to reimagine a more just and equitable world. The cryptocurrency revolution at the heart of this concept is making normal, everyday people like you and me tremendous profits as many alternative coins such as Bitcoin continue to gain value on a daily basis.

The truth is, no one really knows what the future will hold for altcoins. Some like noted futurist John McAfee have been very vocal with suggestions that Bitcoins will reach as much as $1Million per coin in 2018. Others can’t seem to do much else but shake their heads and warn that the bubble will soon burst leaving many people with far less than what they started with.

Proponents of the blockchain infrastructure herald its transparency and security as central reasons it has been able to threaten existing financial structures and service providers. Detractors point to the recent meteoric rise of Bitcoin as an indication that is merely a speculative venture more akin to gambling than traditional investments such as real estate or fine metals such as gold or silver.

At the heart of the concept, blockchain technology is tearing down the foundations and systems which have ruled humans for thousands of years. Decentralization may, in fact, change the world and along the way, many people are becoming wealthy as a result of getting involved with cryptocurrencies.

The Rise of Digital Currency

It is a very special time to be involved with blockchain technology. Whether in the form of investment in hot altcoins like BitCoin, LiteCoin, Ripple and, Ethereum, or in P2P services of all kinds being built of the block architecture, this is one of the most exciting areas at the intersection of social technology and the world of the future.

Even if you are too cautious to invest in the hot alt coins currently captivating the hearts and minds of people around the world, there is are a lot of other applications for the blockchain infrastructure.

Being a savvy entrepreneur means being well-informed about technologies currently shaping the business landscape. Whether you want to own Bitcoin or other altcoins or not, they are absolutely worth understanding. Bitcoin prices have been heating up over the last few years and many other altcoins are expected to follow suit.

It’s definitely not too late to earn huge profits with cryptocurrency investment!

No one can say what price it will end 2017 at but it seems like there is reason to believe it will be much higher than the $952.50, it began the year at…

It’s certainly much higher than the mere $200 it was trading for in 2016. Bitcoin has seen tremendous gains over the last two years. Many entrepreneurs have been able to capitalize on taking action with this digital currency.

Today, it’s impossible to open your Facebook feed and not run headfirst into the ongoing debate around Bitcoin. Some celebrate the passive income they are earning while others can’t see anything but doom and gloom when they consider the future of this alternative currency.

So, what’s the truth?

And more importantly, when did altcoins like Bitcoin become so important?

Though launched in 2009, Bitcoin really began to captivate a lot of interest back in April of 2013.  At that time, the fledgling digital currency shot up in value to $266 per coin. This price was enough to interest a lot of people and was a signal to many entrepreneurs that something very special was unfolding right before their eyes.

Shortly thereafter, however, the price would fall by 50%. Drops like this made many savvy and experienced investors shy away from altcoins seeing them as speculative ventures and not true long-term investment tools.

Cryptocurrencies are still only owned by a very small percentage of the general public. Many see this as a clear indication that though these cryptocurrencies have risen and fallen tremendously, there is still a lot of room for them to grow as international audiences are only just really beginning to understand and utilize these as investment tools.

Altcoins on the Rise

Though Bitcoin is without a doubt the most well known digital currency, it is certainly not the only option!

While Bitcoin is the most well-established cryptocurrency, many competitors exist in the global market. Though each is built from the same decentralized, peer-to-peer, blockchain technology as Bitcoin, each of the competing altcoins tries to differentiate itself as a premier investment opportunity.

Some altcoins are easier to mine. Others present themselves as modified or refined versions of the more well-known Bitcoin. Don’t overlook ICO’s (Initial Coin Offerings) from altcoins as a means of generating real profits with cryptocurrency investment!

Check out these Altcoins:

Originally launched in 2011, many see Charlie Lee’s Litecoin as the “silver to Bitcoin’s gold”. An MIT graduate and former Google Engineer, Lee, designed his altcoin as an open source payment network. Without a central authority overseeing it, Litecoin is validated through “scrypt”. One advantage of Litecoin over Bitcoin is it’s faster block generation rate and transaction speeds. Many international merchants are already accepting payments in Litecoin and that number is expected to rise in 2018

Founded in 2015 as a decentralized software platform, Ethereum allows developers to develop new kinds of applications which use smart contracts to run without downtime, fraud or any interference from outside parties. In 2014, the ETH ICO was a worldwide event. Ether or ETH for short is a currency which has immense value to the developers working within the Ethereum framework. According to its designers, ETH can be used to codify, decentralize and trade anything. Overall, Ethereum with a market capitalization of $41.4 Billion, is the closest competitor to the runaway success of Bitcoin.

Started in 2016, Zcash is a decentralized, open-source cryptocurrency. Zcash markets itself as a safer and even more private altcoin. At the center of Zcash’s security is the use of a public ledger system which ensures that all transactions are recorded and published on the blockchain. Information such as sender, recipient and amount stay encrypted but other details are stored to ensure transparency. Zcash offers its users the choice of ‘shielded’ transactions, which allow for content to be encrypted using an advanced cryptographic technique or zero-knowledge proof construction called a zk-SNARK developed by its team.

Launched in 2014, Dash bills itself as an, even more, clandestine version of Bitcoin. Enthusiasts flock to this coin for the ability complete transactions which are nearly untraceable. Designed to be mined via a CPU or GPU, Dash continues to gain users. Though originally known as Darkcoin, Evan Duffield’s Dash cryptocurrency has seen tremendous gains. At the time of this writing 1 Dashcoin is worth $797. This is definitely an altcoin which has been trending upwards.

Ripple is a really innovative fintech solution which uses the blockchain architecture to enhance payment processes. Designed as a global settlement network, Ripple allows international payments to be completed in real time with end to end transparency. Ripple doesn’t need to be mined. Instead, it’s XRP digital currency is distributed through business development deals, incentives to liquidity providers who offer tighter spreads for payments, and selling XRP to institutional buyers interested in investing in the technology. With real-world applications that can revolutionize payment processes and help legitimize new methods of payment, Ripple is a platform to keep an eye on.

Bitcoin Cash is a true upstart in the landscape of altcoins. Formed as a result of a hard fork in the original Bitcoin ledger, all Bitcoin holders as of block 478558 (August 1st, 2017 about 13:16 UTC), automatically received this currency. Seeking to be a more decentralized version of Bitcoin, with lower fees and faster transaction times, BCH has been on a really epic run as of late. In a very short time, this altcoin has really been able to grow. Keep this one on your radar for sure!

It is a great time to invest in Bitcoin and many other alternative currencies. Like any form of investment, it is important not to put too many of your eggs in any one basket.

The Sharpe ratio is a measure used heavily in the finance world for calculating risk-adjusted returns. You can use it to evaluate different cryptocurrencies according to performance. This metric is useful because it allows you to consider risk.

When applied to Bitcoin, the volatility of the investment is matched by it’s ROI (return on investment). When you factor in the many ways there are to mine, trade, leverage social networks and digital marketing skills to earn money with cryptos like Bitcoin, it’s easy to see why they are so hot right now.

Using this metric, the strongest digital currencies to invest in are:

Digital currencies are the future!

“Instant transactions, no waiting for checks to clear, no chargebacks (merchants will like this), no account freezes (look out Paypal), no international wire transfer fee, no fees of any kind, no minimum balance, no maximum balance, worldwide access, always open, no waiting for business hours to make transactions, no waiting for an account to be approved before transacting, open an account in a few seconds, as easy as email, no bank account needed, extremely poor people can use it, extremely wealthy people can use it, no printing press, no hyper-inflation, no debt limit votes, no bank bailouts, completely voluntary. This sounds like the best payment system in the world!” – Trace Mayer

Get involved today and start working with digital currencies! 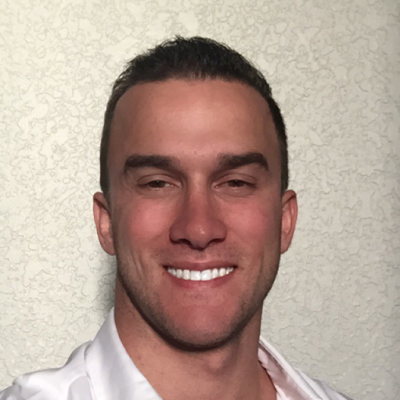 4 Step guide to getting started with Cryptocurrencies

The Crypto Millionaires Field Guide: The Top 15 Cryptocurrencies YOU NEED in 2018