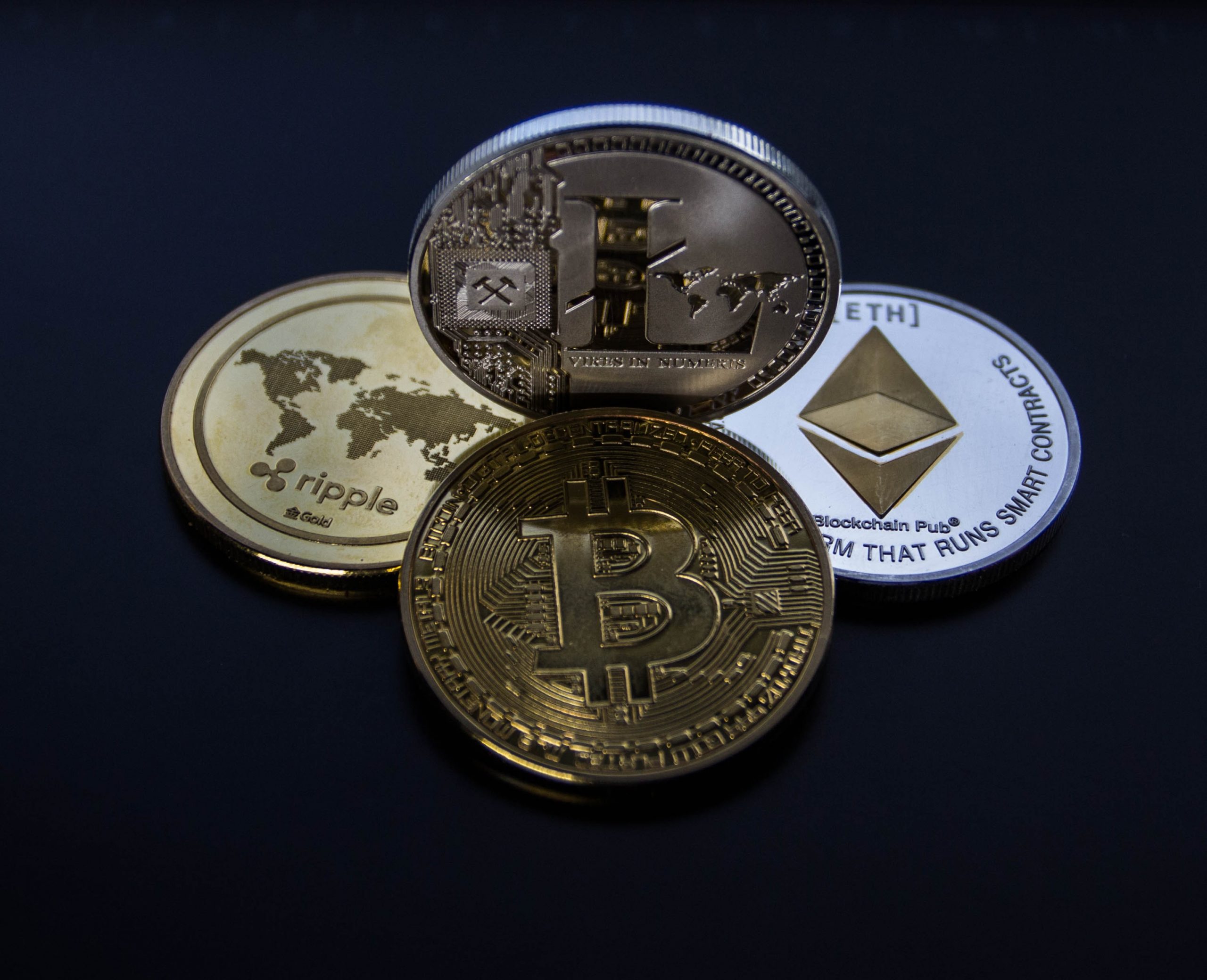 Crypto Millionaires are being minted every day in 2018. Top crypto investors are turning to the top cryptocurrencies to buy, sell and trade literally 1000’s of altcoins. Bitcoin was just the beginning, today you can make huge profits trading the hot cryptocurrencies. The top 15 cryptocurrencies of 2018!

The Top 15 Cryptocurrencies YOU NEED in 2018

Salt Lending is a unique blockchain based cash lending system. It allows users to receive loans in fiat currency using cryptocurrency as collateral.

This allows borrowers to maintain their position within crypto instead of having to liquidate assets to make large purchases which require cash. The loans are based on the assets of the user. As a result credit checks are not necessary and the entire lending process is streamlined.

Salt Lending is definitely a unique application of blockchain technology that seeks to fulfill a real-world need. Additionally, this technology could very well disrupt the way personal and private loans are handled in the future. There is a good reason to keep this coin on your radar in 2018.

Monero is a cryptocurrency which strives to protect the anonymity of trading partners. No one knows who it was founded by, much in the same way, Bitcoin’s mysterious progenitor is more an illusion than a public face in the world.

Monero makes financial transactions untraceable which has pluses and minuses depending on who you are and what you are doing with your funds. There are currently 15.5 million XMR in circulation. T

The market cap is close to 6 Billion and in 2017 it saw a +2,500 jump on its value from 2016. These are all great reasons to take a look at purchasing the ultra sleek and secure Monero currency, XMR!

Substratum is unique because it rewards users instead of the miners for work on the blockchain.

This means that there are clear benefits for businesses, individuals and groups who adopt this technology and put it at the forefront of their growth strategies, Substratum has many unique applications which could help to make the internet safer and more secure.

Many believe it could help to reduce the need to use VPNs or the TOR browser. This coin just launched in January which means it’s a great time to get involved before the price skyrockets.

Originally launched in 2011, many see Charlie Lee Litecoin as the “silver to Bitcoin gold”. An MIT graduate and former Google Engineer, Lee, designed his altcoin as an open source payment network.

Without a central authority overseeing it, Litecoin is validated through “scrypt”. One advantage of Litecoin over Bitcoin is it’s faster block generation rate and transaction speeds.

Founded in 2015 as a decentralized software platform, Ethereum allows developers to develop new kinds of applications which use smart contracts to run without downtime, fraud or any interference from outside parties.

In 2014, the ETH ICO was a worldwide event. Ether or ETHYL for short is a currency which has immense value to the developers working within the Ethereum framework. According to its designers, ETH can be used to codify, decentralize and trade anything.

Overall, Ethereum with a market capitalization of $41.4 Billion, is the closest competitor to the runaway success of Bitcoin.

Started in 2016, Zcash is a decentralized, open-source cryptocurrency. Zcash markets itself as a safer and even more private altcoin. At the center of Zcash security is the use of a public ledger system which ensures that all transactions are recorded and published on the blockchain.

Information such as sender, recipient and amount stay encrypted but other details are stored to ensure transparency.

Zcash offers its users the choice of ‘shielded’ transactions, which allow for content to be encrypted using an advanced cryptographic technique or zero-knowledge proof construction called a zk-SNARK developed by its team.

Launched in 2014, Dash bills itself as an, even more, clandestine version of Bitcoin. Enthusiasts flock to this coin for the ability complete transactions which are nearly untraceable.

Designed to be mined via a CPU or GPU, Dash continues to gain users. Though originally known as Darkcoin, Evan Duffield’s Dash cryptocurrency has seen tremendous gains.

At the time of this writing 1 Dashcoin is worth $797. This is definitely an altcoin which has been trending upwards.

Ripple is a really innovative fintech solution which uses the blockchain architecture to enhance payment processes. Designed as a global settlement network, Ripple allows international payments to be completed in real time with end to end transparency.

Ripple doesn’t need to be mined. Instead, it’s XRP digital currency is distributed through business development deals, incentives to liquidity providers who offer tighter spreads for payments, and selling XRP to institutional buyers interested in investing in the technology.

With real-world applications that can revolutionize payment processes and help legitimize new methods of payment, Ripple is a platform to keep an eye on.

Bitcoin Cash is a true upstart in the landscape of altcoins. Formed as a result of a hard fork in the original Bitcoin ledger, all Bitcoin holders as of block 478558 (August 1st, 2017 about 13:16 UTC), automatically received this currency.

Seeking to be a more decentralized version of Bitcoin, with lower fees and faster transaction times, BCH has been on a really epic run as of late.

In a very short time, this altcoin has really been able to grow. Keep this one on your radar for sure!

EOS runs its own blockchain architecture, designed to enable “vertical and horizontal scaling of decentralized applications”. This means that

EOS’s system is designed to scale, is capable of supporting accounts, authentication, databases, asynchronous communication and any type of application on top of its blockchain, processing millions of transactions per second at nearly zero cost.

The EOS ICO is a unique offering in the crypto space. Running for 341 days and closing in June of 2018, there is plenty of time for the product and its applications to be scrutinized by researchers.

This one has some important real-world applications which make it something you will want to keep an eye on!

Cindicator is a really exciting future focused project which combines the best human reasoning with the power of advanced machine learning.

The result is a platform which uses hybrid intelligence, that of man and machine to predict the cryptocurrency market based on the ability to analyze information taken from its users. This is a project that is exciting because it is so technologically advanced and forward leaning.

Many predict that while cryptocurrencies are the main focus of the blockchain technology now, in the future it might be utilities and applications like CND that will truly change our world and day to day way of life. Check this hot project out!

This is a new project which seeks to create a stable system of exchange for trading ETH. Ethereum has seen huge gains over the last couple of years and Ox is all about solidifying and advancing those efforts.

It seeks to increase the security of large-scale threats and reduce the risk of crypto exchanges being compromised in the future by savvy criminal elements.

Currently, this project has a market cap of $200 Million and a token costs less than $.50. Keep on eye on this hot up and coming altcoin and unique blockchain application!

Many call Neo, the ETH of China. Neo currently has 65 million coins in circulation out of a possible 100 million. The market cap in 2018 is close to $ 6 Billion.

Fans of the Matrix Trilogy can rejoice because while it was originally branded as Antshares, it did change its name to directly reference the Keanu Reeves helmet scifi metaphysical classic.

Cardano is known for being backed by a team that is extremely focused on being scientifically validated for their work. What this means is that they have built a reputation of peer reviewing their insights and seeking legitimacy from the scientific community.

This translates into a company that is seeking to bring transparency and accountability into the crypto space. Cardano is still very new in its development. Peer review is not a quick and simple process. But in 2018, this coin already has a market cap over $ 20 Billion.

Add to this that since it began trading in October of 2017, it has already seen a +3,296% rise in its value.  There is a good reason to believe this is one bitcoin that will be sticking around for the long haul.

Iota is interesting because it does not have any trading fees, miners or blocks. Instead, everyone who owns Iota is also helping to mind and validate the system.

Iota is seeking to become the background of a new form of trading which will secure machine to machine transactions and payments.

Iota is partnered with Microsoft and instead of using the blockchain is built on its own proprietary Tangle technology. There is every reason to believe this is one hot altcoin and crypto application that will see a huge growth in value across 2018. Keep your eyes on it and consider picking some up while you still can get in for a good rate

4 Step guide to getting started with Cryptocurrencies
INSIDE: 4 Steps You Can Do RIGHT NOW to Get Into Trading Profitably in 2021.
Advertisement