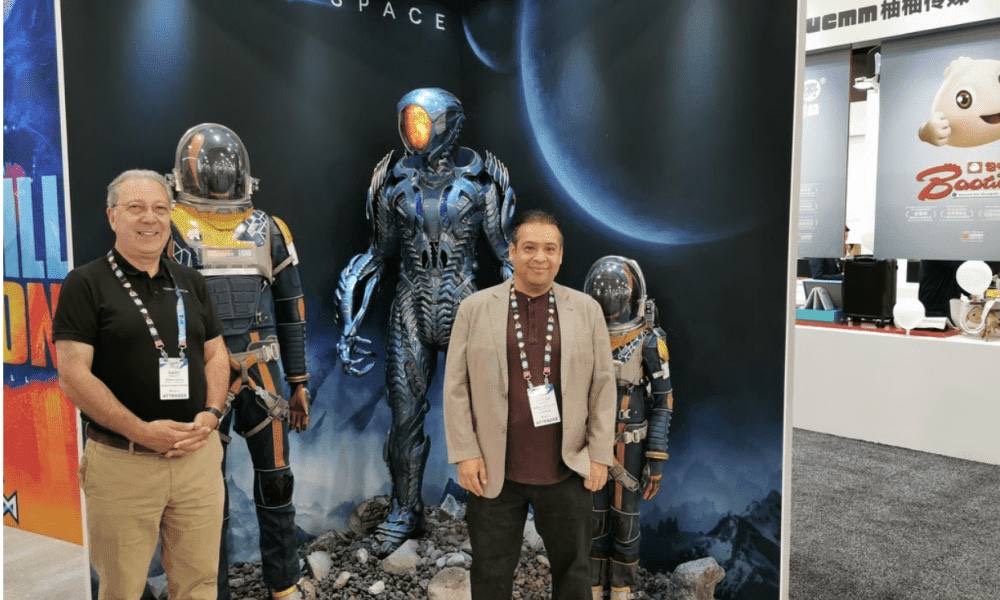 Here’s why NFTs and Digital Collectibles are the newest forms of Artistic Creation and IP protection.

Surely, the phenomena of digital collectibles have come across your screen at least once in the past two months.

From Clubhouse and Instagram to almost every corner of the art, entertainment, and media worlds.

It’s certainly not as “new” as everyone would like to believe.

But forced isolation during the COVID-19 pandemic has somehow sparked a new level of creativity, inspiration, and curiosity…

Throughout the worlds of blockchain technology, finance, gaming, and entertainment.

The world has continued to look for ways to absorb the arts and entertainment in new, innovative ways.

The era of Napster and what creators Shawn Fanning, John Fanning, and Sean Parker envisioned, was a game-changer.

They gave the world the ability to not only search for media but actually download and collect the audio files.

And the user/listener could do whatever they want with it.

It was a total DISRUPTION to the Recording Industry Association of America (RIAA).

The rise of peer-to-peer (P2P) file-sharing networks like Napster, Kazaa, Bearshare, and Limewire…

Helped to give rise to the idea that actual media files could be transferred.

It’s almost as if they were tangible items, that any user could claim as their own.

Artists and production studios were terrified of this new digital beast…

That came in and threatened the traditional model of distribution and “artist discovery.”

Platforms like Apple’s iTunes, Pandora, and Spotify emerged in attempts to combat this new disruption.

That were being freely distributed without their consent—a clear violation of intellectual property laws (at least in the United States).

And It’s Only Getting Bigger with IP Protection Laws…

So, what am I getting at?

Well, let’s look at the Intellectual property laws which are designed to protect the creative body of works of authors and inventors.

This stems out of Article I, Section 8, Clause 8 of the United States Constitution, also known as the Intellectual Property Clause of the U.S. Constitution.

“[T]o promote the progress of science and useful arts, by securing for limited times to authors and inventors the exclusive right to their respective writings and discoveries.”

Of which, encompasses areas of copyright, patent, and trademark protection for different works of art, now or in future existence.

When we think about what it means to “own” something, we think of something “tangible, physical, and within reach.”

But we’re in 2021, where our desires and dreams are only getting bigger…

Where there isn’t enough physical space to contain those never-ending desires.

However, they were disguised, hidden, and buried within a more granular area of content: video games.

We’ve been accustomed to this “tokenized economy” for years.

It first began when we could use in-game points or currency.

Then it grew to the use of fiat currency or “in-game currency” to “purchase” other in-game items, rewards, or perks.

Think back to the Nintendo 64 game, The Legend of Zelda: Ocarina of Time.

In the game, Link could collect those annoying “rupees”…

To purchase potions, shields, weapons, and other items to carry around with him on his person.

Think back to Sony’s Playstation, when it introduced the Playstation Network.

Users could “go online” within a game they were playing, such as Call of Duty…

Earning points to reach a new “rank” to then be able to purchase new weapons or upgrades to the player’s weapons.

Or how about Microsoft’s XBOX, where users could take advantage of the Microsoft store…

Earn in-game points and achievements, to then be able to do “more” with their characters in Call of Duty or fan-favourite games like Halo.

But there was one problem.

The Creator’s Dilemma and Digital Ownership

At least from a player’s perspective: who owned these purchased items?

I mean, I should be able to own these items since I purchase them with my own hard-earned money, right?

Wrong. This brings us to the creator’s dilemma and why the concept of digital ownership is so imperative.

But what if you wanted to own, let’s say, the pilot’s helmet that Tom Cruise once wore in the cult classic, Top Gun?

What if, you wanted to own an artwork by your favourite artist but had nowhere to put it…

And due to how unique it was, you could be one of very few, if not the only one, who actually owned it, in its entirety?

That, according to DJ and producer 3LAU, whose real name is Justin Blau, is how people should be thinking about this type of technology.

“There’s something about ownership that makes people really excited,” he said in an interview with NBC News.

So, back to NFTs—these are nothing more than a digital certificate of authenticity, composed of a unique string of characters, connected to the Blockchain, which due to its very nature, cannot be replicated, copied, or altered.

NFTs are unique to their very core—there is nothing else like it.

Congratulations @realCoinUnited with the winning bid of 1,000,001 TRX

In a recent interview with Forbes, Lohan said that it’s “only a matter of time” until NFTs explode in the entertainment space.

The Future of NFTs, Artistic Creation and IP Protection

While anyone can create an NFT, not everyone will buy it, right?

Just like our palettes are sensitive to different types of cuisines, so are they for art and form.

NFTs provide the holder with a type of “bragging rights,” which, to Blau’s statement to NBC…

Creates such emotional value around ownership of a particular asset, that it’s hard not to get excited.

And speaking of IP laws, tokenized economies such as NFTs look to provide light for an already fragmented music and entertainment industry.

The world of NFTs opens up an endless realm of possibilities for creators, who may have suffered (and to their detriment) during the COVID-19 pandemic.

“We are creating communities which will almost act like Kickstarter funds for new creators who want to fund their projects,” says Jawad Ashraf, CTO & Co-Founder of Terra Virtua.

That uses the power of blockchain technology to house, store, and forever immortalize rare, unique items…

Such as an artist’s painting, a musician’s album/track, and other items of unique value.

Which has provided the platform with the rights to license digital collectibles based on some of these studio’s biggest films like Pacific Rim: The Uprising and Top Gun.

Think about the ability to own, through augmented reality (AR), virtual reality (VR), and 3D, in-film characters and items through new, immersive means.

“Everyone is a fan of something,” Ashraf explains, “which resonates with people. We believe we are the ‘what next’ of fandom, giving content creators the ability to build out a brand, rather than selling a few digital pieces.”

Both Ashraf and co-founder and CEO, Gary Bracey come from video game backgrounds, with Bracey coming from Ocean Software.

Both have always loved fandom.

“All of us are collectors in one way or another, which is where the interest in Terra Virtua came from. The name literally means ‘Virtual Earth!’”

“Ocean not only established itself by licensing high-profile IP to make games from but are also credited with helping bring games to the mainstream due to this strategy,” Bracey told me.

“Similar to the early days of gaming, there are a number of companies paying scant regard to IP, and believing they can attach high-profile names and content to assets to publish as NFTs. We are extremely rigid about ensuring all our content is original, genuine, and suitably licensed.”

Ocean Software not only established itself by licensing high-profile IP to make games from but are also credited with helping bring games to the mainstream due to this strategy.

Former VP of Mobile Games at Warner Bros. Doug Dyer, is also part of Terra Virtua’s infrastructure, having been in the gaming industry for over 25 years.

“I’ve had the opportunity to work on some very interesting projects,” Dyer told me.

Beginning his career at Microsoft, Dyer worked for some time on Age of Empires, which went on to become the company’s first major hit game and eventually, a massive franchise.

“Later, at Warner Bros., I released the first Harry Potter mobile game which actually required that I fly to Scotland and demo the game directly to JK Rowling for her approval. To my relief, she loved it! That was pretty cool!”