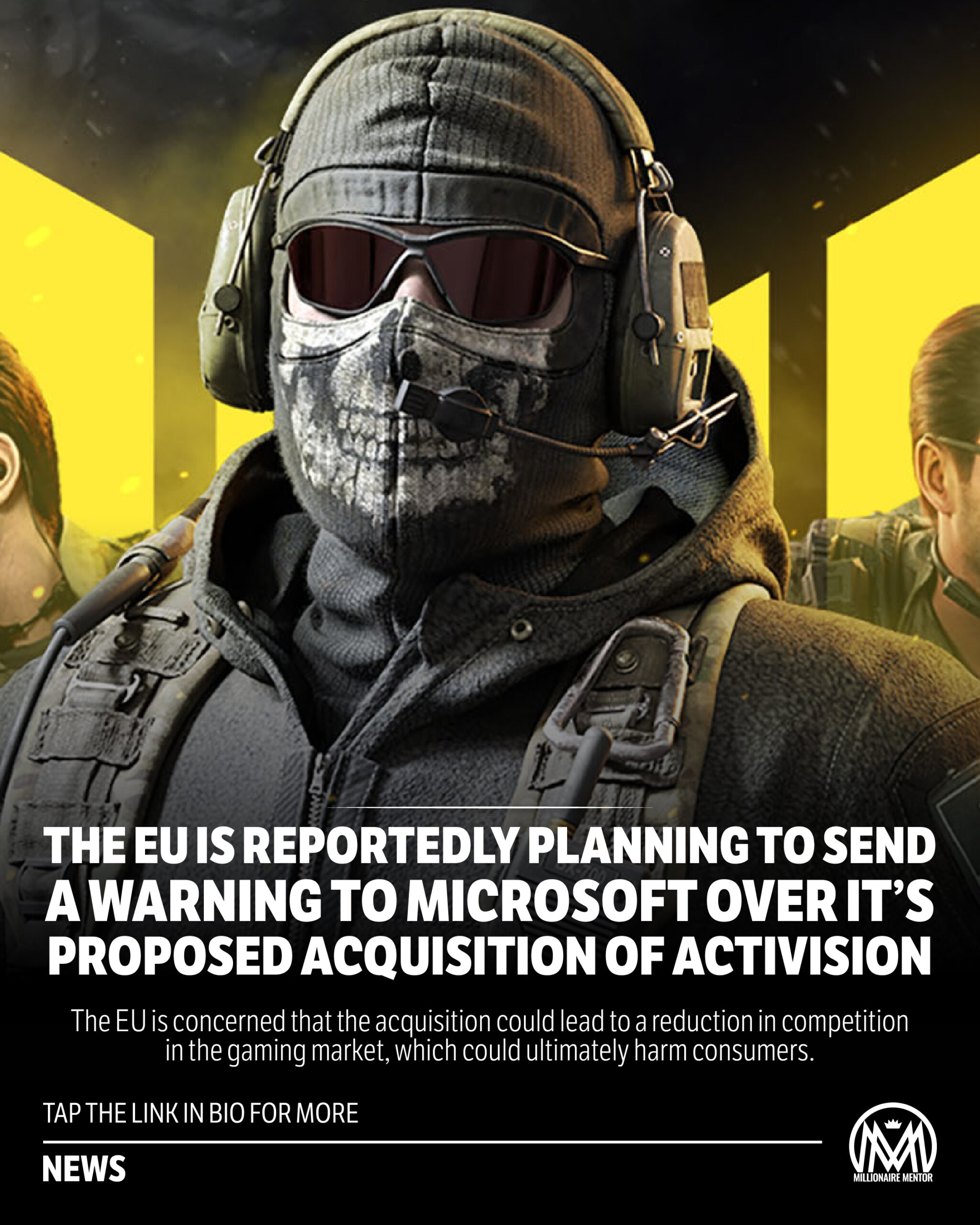 The European Union (EU) is reportedly set to issue a social warning to Microsoft regarding its
proposed acquisition of Activision. The EU is concerned that the acquisition could lead to a
reduction in competition in the gaming market, which could ultimately harm consumers.

The EU’s warning, which is known as a statement of objections, sets out the EU’s competition
concerns and gives the companies involved an opportunity to respond. Microsoft has already
announced its intention to acquire Activision, one of the biggest and well known gaming
companies in the world, for a reported $10 billion.

Furthermore, EU also has concerns about how the acquisition could affect the market for
streaming services, which is a rapidly growing area in the gaming industry. It is feared that the
acquisition could give Microsoft an unfair advantage in this market, as it would be able to use its
dominance in the gaming market to promote its own streaming services over those
of its competitors.

The EU’s statement of objections is an early step in the process of investigating the acquisition.
Microsoft will now have an opportunity to respond to the EU’s concerns and to try to address
them before the EU makes a final decision on whether to approve the acquisition.

It is worth noting that the EU’s statement of objections is not a final decision on the acquisition,
and it does not mean that the EU will necessarily block the deal. However, it does indicate that
the EU has serious concerns about the impact of the acquisition on competition in the gaming
market, and it could lead to significant changes to the deal or even a complete halt of the
process.

It will be interesting to see how Microsoft responds to the EU’s concerns, and h
ow the EU will ultimately decide on the acquisition. Regardless of the outcome, this case highlights the
importance of competition in the gaming market and the need for regulators to closely scrutinize
acquisitions that could harm competition and consumers.