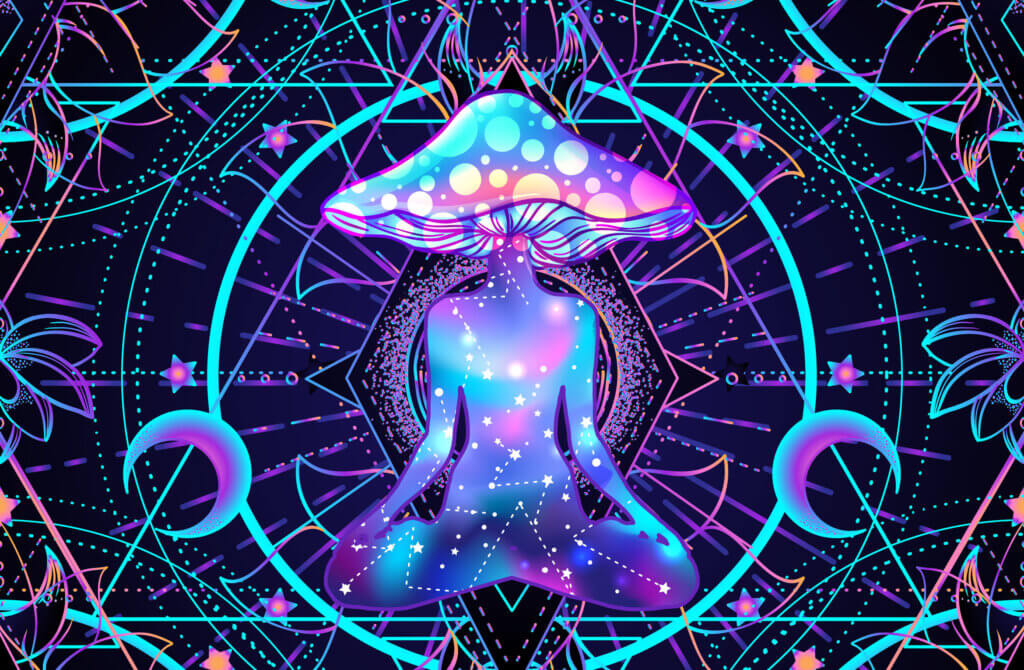 Taking psychedelic drugs was once taboo.

Who suffer from mental illnesses, addictions, or eating disorders.

The company’s employees believe deeply that the use of psychedelic drugs can REVOLUTIONIZE mental healthcare and help to end the mental health crisis and the suffering of countless people.

Here’s how they plan to do that.

Cybin is relying on science to alter the mental health treatment landscape.

Cybin then leverages these molecules that have shown positive early efficacy, optimizing their pharmacokinetics, bioavailability, and delivery.

The use of psychedelic drugs to treat major depressive disorder (MDD) is under research, and Cybin aims to use the clinical data in the U.S.A., Canada, and Europe.

Cybin is encouraged by very promising results from proof-of-concept trials at the University of New Mexico and New York University.

Cybin is targeting an IND filing for CYB003 by the end of calendar 2021.

The company states that there have also been promising recent studies supporting the efficacy of psychedelic molecules for treating addiction, post-traumatic stress disorder (PTSD), and other conditions.

Extensive research has led to the company having fifty different proprietary psychedelic molecules based upon DMT, MDMA, Psilocybin, and other psychedelics.

It has demonstrated POC of proprietary deuterated molecules designed to be shorter acting, more scalable, and more accessible.

Over twenty pre-clinical studies have progressed to lead programs ahead of FDA IND filings.

Due to its scientists’ work, Cybin has 10 patent filings that cover novel psychedelic compounds, integration of delivery platforms, methods of use in psychiatric indications…

As well as a drug discovery pipeline of modified and novel ergolines, tryptamines, and phenethylamines.

Cybin has partnered with Kernel to leverage its breakthrough neuroimaging technology…

Which opens a new frontier in psychedelic therapeutics by acquiring longitudinal brain activity before, during, and after a psychedelic experience.

This enables quantification of what was previously subjective self-reporting.

With the technology, Cybin will be able to quantify brain activity in real-time during psychedelic experiences.

The company has raised $88M to date, allowing it to progress clinical trials, M&A, and IP strategies.

The Cybin team has previously raised over $4 billion within the healthcare sector from both private and public companies.

With its investors’ confidence, the company has been able to expand rapidly and currently has 28 full-time employees and over ten specialty advisors and consultants.

It commenced trading in Canada on the NEO EXCHANGE under the ticker CYBN in November 2020.

Cybin also trades on the OTCQB market under the ticker CLXPF.

These are the key players in the Cybin team.

First is the head of the Cybin team, headed by Doug Drysdale, CEO, who has thirty years of experience in the healthcare sector.

The company’s Chief Scientific Officer is Alex Nivorozhkin, PhD, who is a seasoned medicinal chemist, drug delivery expert, and founder of biotech companies.

The Future of Cybin and Mental Health

The company’s strong leadership has an ambitious vision for Cybin’s future.

Cybin will continue its IP portfolio expansion through the advancement of novel molecules, delivery mechanisms, and technology platforms.

It plans to continue to expand its data sets using groundbreaking neuroimaging technology.

It will also further the development of a digital patient support platform to reduce the use of health system resources.

All of this adds up to Cybin, a company that is serious about turning to new treatment options to end the suffering of people with mental illnesses.

With psychedelic drugs, the breakthrough millions have been waiting for may finally be here.

No Longer A Contributor