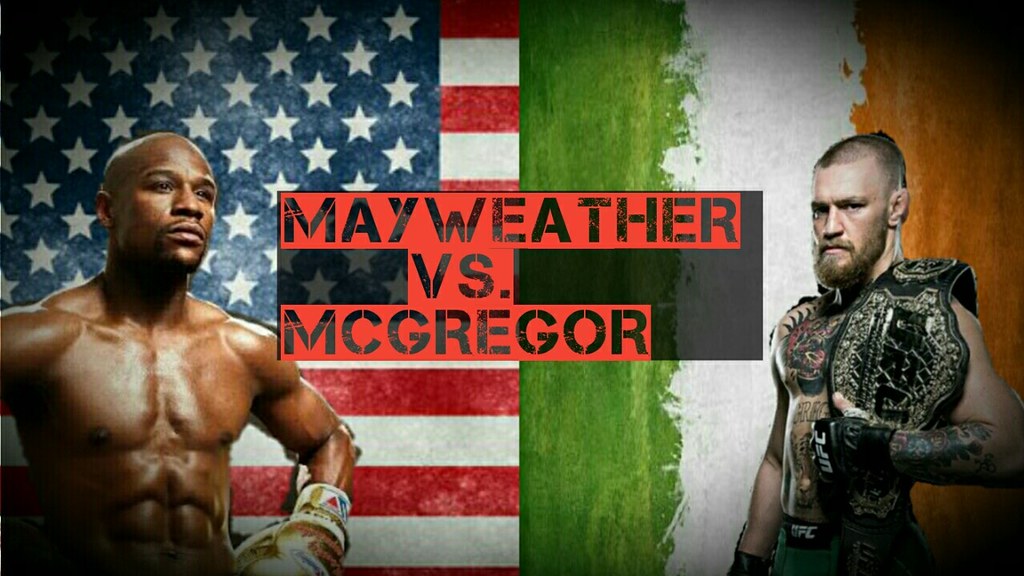 What we can learn from this encounter

The boxing match scheduled for August 26, 2017 between Floyd Mayweather and Conor McGregor is anticipated to smash all previous financial records for the profitability of a single fight.

The most successful entrepreneurs in the world are gravitating towards this event because of the incredible social and cultural opportunity it is representing.

If you haven’t been following the latest news to envelop boxing’s biggest bout of all time, maybe it’s time step into the ring and see if you can capture some of these lucrative earnings for yourself.

There has never been a better time to invest in boxing and a quick perusal of the dynamics of this lucrative upcoming payday may help you generate a winning strategy for your own knockout round.

The Fight of a Lifetime

There hasn’t been a boxing match as internationally hyped or financially lucrative as Mayweather vs. McGregor since the former took on Manny Pacquiao back in 2015.

Mayweather vs. Pacquiao stunned observers from around the world not only for the fearsome athleticism on display but because of the king making profit this event pulled in for brands around the world.

$600 million dollars and counting is certainly nothing to sneeze at and nonetheless, the upcoming match is expected to well exceed these numbers setting new records across the board with viewership, engagement, ticket sales, online and broadcast pay-per-view numbers, licensed merchandise revenues and the list goes on.

Mayweather vs Pacquiao 2015 was a tsunami of opportunity but it may have arrived at a time when few private investors were really focused on the profit margins to be gained.

Now in 2017 and after taking a good hard look at that event, it is a safe bet to presume this upcoming match has what it takes to shock the world once again.

The thing is, this time, it is still early enough to get involved and cash-in on this social and cultural whirlwind of sports, business and entrepreneurial opportunity.

Title Sponsorship is a Huge Opportunity

For starters, the upcoming Mayweather vs. McGregor match is generating title sponsorship revenues in the neighborhood of $10 Million dollars a slot.

Earning the rights to place branding identity and logo graphics in the center of the ring on August 26th is certainly not cheap and well exceeds the reported $5.6 million paid by Tecate back in 2015 for Mayweather vs. Pacquiao.

With global viewership numbers expected to exceed all previous totals for a single boxing matches, it seems this could be a very solid advertising move for the company that is willing to pay $10 million to be featured in the center ring, on the turnbuckles in the corners and on the beautiful women who will have the honor of being centerstage as ring girls during this event.

If that’s not enough, the top brand title sponsorship honors will also allow the winning brands to receive prime placement on the screen of the international pay per view screening with their branding on screen during the first minute of every round of the bout.

Additionally, this winning brand will receive $500,000 in tickets allowing them to use the event to further cultivate high value relationships with their most beloved VIPs.

The next possible advertising tier would allow brands to purchase smaller slots in the boxer’s corners to the tune of $5 million a pop.

These rights will allow for signage in the actual corners themselves as well as on-screen branding during shots of the boxer’s corners. The firms that get involved with this level of advertising will also receive $250,000 in tickets.

In total, the projected $20 million dollar sponsorship opportunities of this event rival the now seemingly mere $13.2 million captured during the 2015 Mayweather vs. Pacquiao fight.
If all of the sponsorship is sold, the total would be $20 million, which is almost $7 million more than the $13.2 million paid for Mayweather-Pacquiao.

While these numbers are staggering, there is every reason to believe that the brands who secure these lucrative slots will be able to translate their investment into reputational gains and profits for many years to come.

Pay Per View Revenues to Bet On

In 2015, Mayweather vs Pacquiao was broadcast to an estimated 6 million homes on the networks HBO and Showtime in the United States and United Kingdom, the two largest viewership markets for that event.

Each purchaser paid between $90 and $100 for the right to watch the event. These numbers translated into profits in the range of $430 million by the time all was said and done.

This time around, Showtime will not be sharing those revenues with any other firm as they have retained sole ownership rights of the broadcast contract for the upcoming Mayweather vs McGregor match.

Media analysts anticipate that this year’s event will be priced slightly higher than the previous match and even a $5-$15 price increase is not expected to quell demand while equaling conservatively estimated profits as high as $600-750 million. Not a bad single payday even for a multinational corporation!

Not all Kings are Born, Some are Made

This time around, the T-Mobile Arena can easily seat 20,000. An extra 3000 seats could translate to as much as $5 million extra in ticket sales presuming tickets are priced similarly to last time in the range of $1,500-10,000 depending on placement in the arena, perks and sight lines towards the ring.

In 2015, ticket sales earned a cool $73 million. There is every reason to believe the payday this year will well exceed that.

When you consider these numbers it should start to become very clear that there are huge opportunities for all investors interested in piggybacking off the media buzz, social engagement and crazy spending this event is generating for fans around the world.

At the end of the day, whether you are boxings’ biggest fan or just a casual outside observer, there is every reason to believe Mayweather vs McGregor is going to be a tremendous social and media driven event. There are many ways you as a private investor could make gains from building off the success that this event is likely to achieve.

From hosting and promoting viewing parties to using branding references to this event in your social media output, there are a million and one angles for those smart enough to capitalize on what is likely to be THE sporting event of the late summer and early fall.

The media is taking the time to hype this event and fans around the world are responding, there has quite simply never been a better time to get involved with boxing.

Play off the moment and you could create your own perfect storm of social media buzz and grow your brand simply by associating yourself with what is expected to be one of the largest media spectacles of the year if not the decade.

In 2017 and beyond boxing is likely to remain a very lucrative investment opportunity and it is definitely not too late to sniff out a profit angle for the upcoming Mayweather vs McGregor bout scheduled for August 26th, 2017.

Get off the couch and into the match while you are at it, never forget the iconic words of American sports legend Michael Buffer:

“Let’s get ready to ruuuuuuuuummmmmmmmmmmble!”

Indeed. The time has come, the choice is yours, will you rise to the challenge?

Will you create some Mayweather vs McGregor profits of your own?

Be Productive With Your Time

Be Productive With Your Time