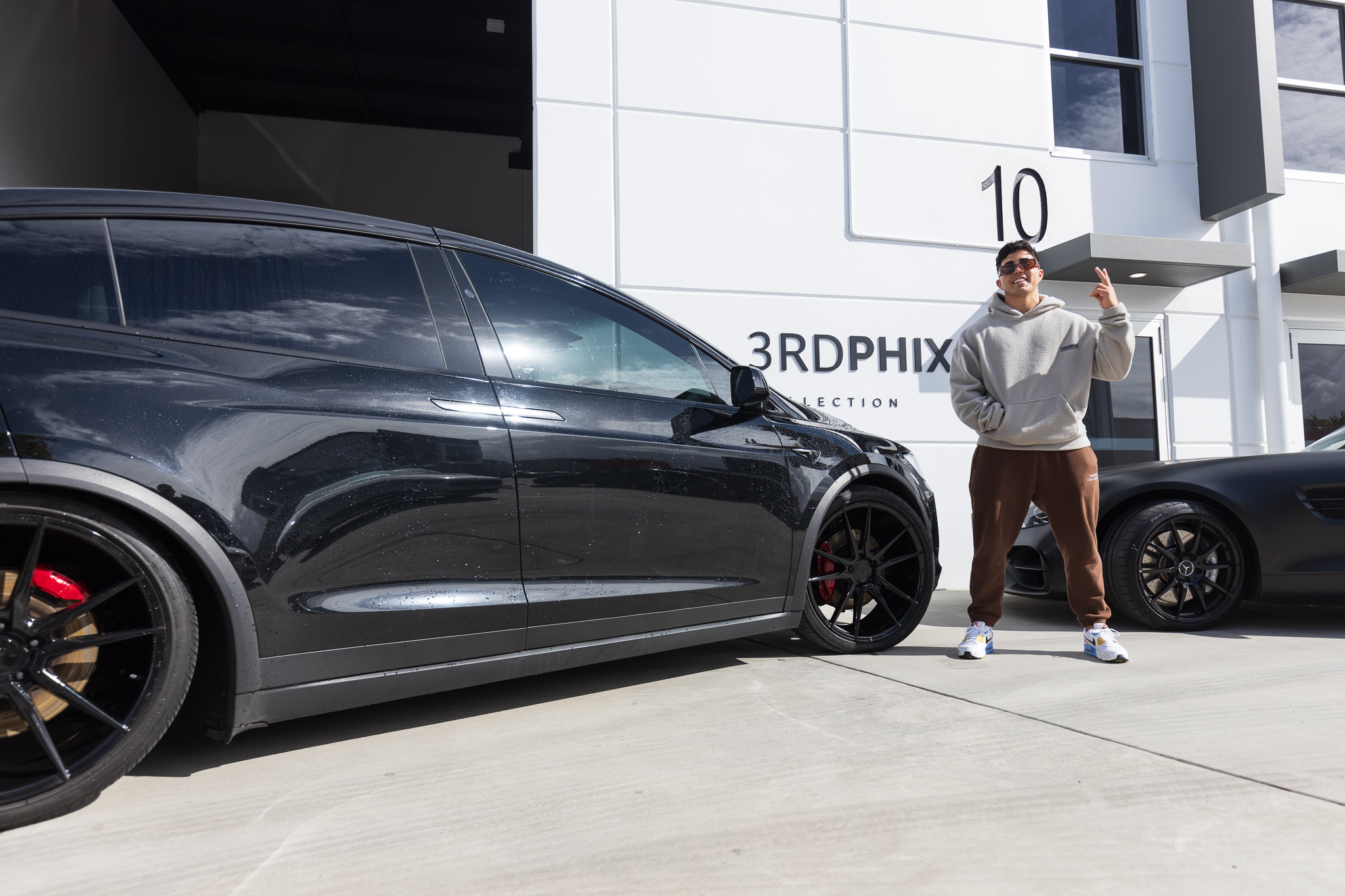 In this article, we look at Mitch Third – Serial entrepreneur and Founder of 3rdphix which is a well sought-out fitness bottle brand.

He is also the founder of 3rdphix collection – a men and women clothing label and is the co-owner of Villa Tahmi – a villa base in Bali.

We looked at the origin story of his idea, the lessons and the stories behind how Mitch has amassed a dedicated and loyal fan base and what it takes to become a peak performing entrepreneur. 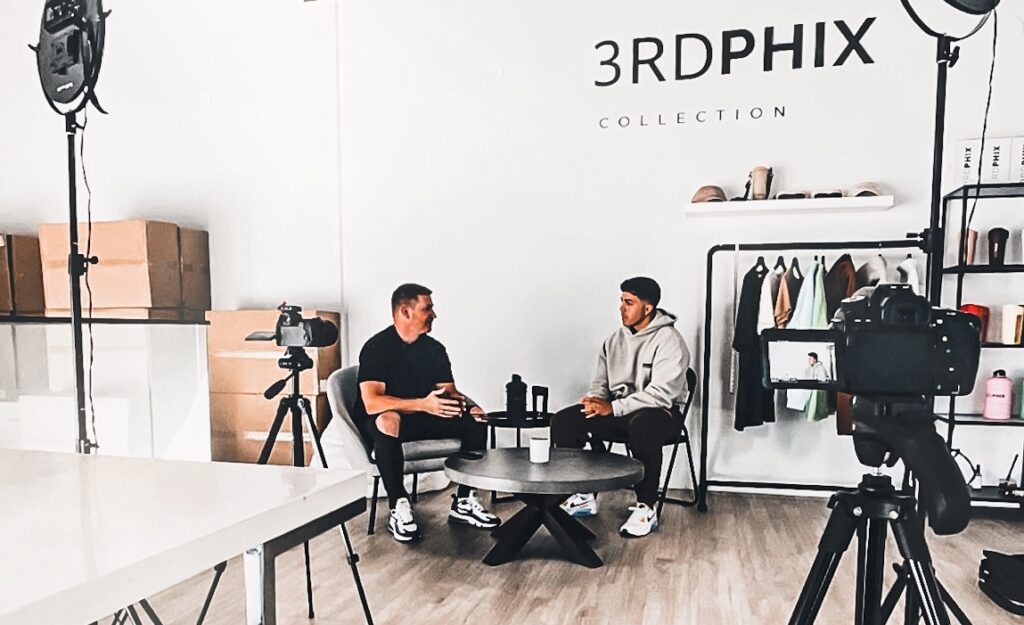 Becoming an entrepreneur: How his idea for 3rdphix was born

Mitch’s story reminds me that you never really know where life will take you as long as you listen to your heart.

Growing up, his dream was to become a professional rugby player.

Throughout high school, that was still his dream but he eventually started to lose his passion for the sport.

When he was offered a contract to play for a professional Rugby team down in Canberra, he decided that he wanted to travel with his girlfriend instead.

Little did he know that his one trip to Bali would spark the creation of an idea that has amassed 25,000+ happy customers.

They were off the coast of Bali where they laid eyes on a beach fifty metres long, which was filled with plastic rubbish.

When he looked into it, he found that there were so many single-use plastic bottles.

And when he researched, he realised how uneducated he was about plastic pollution and what it’s doing to the environment.

So with the desire to make a change, Mitch decided to create a reusable bottle that would prevent people from buying single-use plastic bottles.

At the time, he was also using bottles during gym sessions where if you shake them, the protein got stuck in the corners which created a foul smell on his shaker.

“So I wanted to create a reusable bottle plus a shaker into one fitness bottle”.

From there, the concept behind 3rdphix was born and it propelled him to the world of entrepreneurship.

His marketing was simple.

At the time, his girlfriend, Tahlia Skaines, was amassing a huge following on her Instagram.

To leverage the audience, the couple took photos of the bottles.

From there, the Instagram accounts blew up and they were making high volumes of sales through their enjoyment of travelling and taking photos of the bottle.

Going against the traditional route as an entrepreneur

Often, those who dream big and decide to go against the grain are met with resistance, especially from their parents.

“Get a good education, get good grades, go to university, get a good job” was the kind of lifestyle that Mitch’s parents told him to have.

His parents had sacrificed a lot for him.

So of course, his parents approved of him going into TSS and then university to get a double degree.

But when he talked about his ideas to own a brand and become an entrepreneur, they couldn’t help but be skeptical.

“This kind of career, the entrepreneurship space, was not really a thing for our parent’s generation. For them, their reality was to “get a 9-5, own a house, have kids”.

“I’m over here trying to break that stigma of buying a house and doing that because I feel if you put a deposit on your dreams or something you believe in, essentially down the road you can put a deposit on a bigger house”.

Despite the resistance and the internal conflict he had with his decisions, Mitch did not give up his dreams.

As a result, when he made it work, his parents were super proud of him.

“Even today, my parents still find it hard to comprehend that you can make a living off making content”.

They’ve never seen it done before so there’s a lot of uncertainty.

But today we live in such an exciting time where those who want freedom and flexibility can do so from the convenience of their laptop and even their phones.

Finding the people who support your dreams

When you’re in university, you can join these clubs, get invited to parties, and network with people.

But when you leave university the question becomes, how can you still network and meet new people around you.

And not just any kind of people but the kinds of people who are like-minded and have the same mentality that you do.

The ones who wouldn’t say, “that’s bullshit” if you said to them, “this person’s making $50 million”.

For Mitch, he went through a really big transition with the people he hung out with.

He found himself clinging on to his friends in uni that he met from parties and socials.

But he knew if he wanted to succeed as an entrepreneur, he needed to change his environment.

“As you get older though, you gravitate towards people who you are more interested in”.

Today, he has a valuable and supportive network of other top-level entrepreneurs and influencers like Troy Candy – supporting him with his business since their values align.

“When people think about networking they think they need to go for people who add value into your life But it’s not. It’s finding people that understand your values and will support you in growth”.

Lowering stress levels when you’re being tested in business

In business, there’s never an end to the number of issues that can occur.

For Mitch, he had to face a series of issues from other people trying to copy his idea to manufacturing issues.

During those moments, as Mitch mentioned “it’s all about reacting quickly”.

That being said, it’s all too common for business owners to feel the full weight of elevated stress levels and anxiety.

And this is where routines become key to setting yourself up for success and maintaining peak performance while still being able to enjoy your lifestyle.

Being able to master your stress levels and emotional regulation is the hallmark of being a peak performer entrepreneur.

Every morning, Mitch sets his day up for success with his morning routine.

Mitch’s morning routine allows him to train his brain.

This is adamant in the many people who press the snooze button first thing in the morning.

Dealing with trust issues as an entrepreneur

Trust issues exist in both business and personal life.

On the one hand, you can be cautious but on the other hand, you have to be able to exercise trust especially if you want to scale in business.

Here are three ways you can have a healthy level of trust.

One: Strip away your ego

Realize that just because you own the business, it doesn’t mean you’re always right.

If you think you’re the best at everything then you’re essentially putting a ceiling on your brand.

Your business only becomes “as good as you are”.

Two: hire people that are better than you at specific skills

Mitch has trust issues with someone else helping out with his social media because it is the backbone of his business.

But he knows he needs someone else to help him so he can scale further.

Three: understand what your strengths are.

When it comes to social media, that is Mitch’s zone of genius.

But when it comes to other roles like customer service, he would need someone to do it for him.

Someone to send emails, dms, and communicate with a high quantity of customers better than he does.

And Mitch put it very well when he said…

“If I have a friend who’s judging someone or talking shit about someone, eventually they’re going to be doing that to you. The inner-circle that I have at the time, we don’t talk about other people most of the time, we talk about what we’re doing, how we can benefit each other, what other people are doing but in a positive light”