Eren Legend: Becoming A Legend – The 3 Qualities Separating Winners From Everyone Else

Becoming a Legend – The 3 Qualities Separating Winners From Everyone Else

Want to feel happy, healthy and fulfilled while achieving your own personal success? Let’s hear it from the Legend himself. 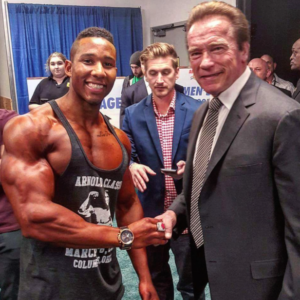 Not only has he built a strong reputation.. he’s also become an inspiration to those who want to achieve success.

“The things you are passionate about are not random, they are your calling.” – Febienne Fredrickson

Finding your passion may not be as easy as it sounds.

But Eren had such a clear passion from a young age…

What fueled his passion to help others?

His childhood experiences made the biggest impact on who he is today.

Raised with two elder brothers, he learned a lot through their upbringing…

He learned what to do and what not to do through watching them.

And at an early age, he showed remarkable leadership skills… 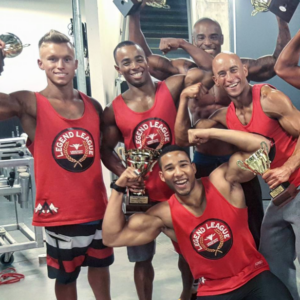 A lot of people were always waiting for his word and they always appreciated his advice.

It felt natural for him to be in a position to be a coach and to guide people on their journey.

“I always felt compelled to just help other people…I love seeing the smile on someone’s face when I’m able to help them achieve something that they thought was impossible.”

While a lot of people find fulfillment with material possessions, Eren is different.

He doesn’t need a luxurious car or live in a penthouse – these things don’t give him joy.

Self-actualization is something that’s always been important to him.

And getting to a place of comfort, peace, and wholeness gave him that urge to just give back.

“Seeing that one person who has a dream that he’s trying to achieve, has tried maybe a whole bunch of things and is at the final step of giving up and I recognize that, and I’m like NO! I wanna be the bridge between you and achieving success.” 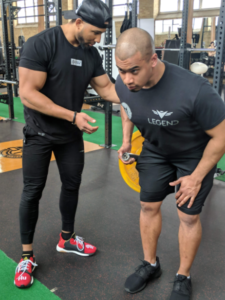 As a self-actualized person, he likes helping other people improve their own lives.

That’s what gives him fulfillment.

It’s something that no amount of money or material things can ever compare to.

Being a world champion did not only change his life, but it also made him into a household name.

However, his journey to becoming a world champion wasn’t all sunshine and rainbows.

There were moments where it was hard and a part of him was so frustrated.

“There was a lot of politics that I had to deal with. There’s favoritism, there’s nepotism, there’s who’s your coach, all those different things. It’s really disheartening.” 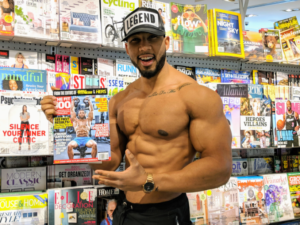 In some cases, athletes quit which can cause long-term effects such as low self-esteem and self-confidence issues.

It was tough for Eren…

However, the reason why he has come this far was that he always focused on inclusiveness.

Inclusiveness is a true key to his success.

“Always including other people was one of the biggest secrets of success that I was able to learn from a young age. That really empowers a lot of people because now, they’re happy to promote you and to bridge the gap between anything that you need to succeed.” 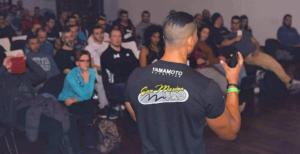 Inclusiveness leads to more engagement and other positive outcomes.

Like people taking the reins and helping you out when you truly need it.

Using his clients as motivation.

Being inspired by your clients is a wonderful experience.

Because in the real world, clients come to coaches to be inspired…

As for Eren, “It’s like this cycle where one hand is washing the other. “

“I would see how they’re pushing it and their mindset. And how they had this desire to never give up when we’re doing training sessions. I would see that. I recognized that and I use that to empower myself. And I think it’s really empowering as a coach to be inspired by your clients.”

The impact of fitness on the other areas of his life.

“I took my competitive career as a professional athlete as a checklist. Every single thing that I was doing was like one by one.”

That kind of discipline transcends into all aspects of Eren’s life.

Being in the fitness industry and succeeding in it has been incredibly important to all the other businesses he’s been involved with.

He believes that discipline teaches you a lot of things, especially in the world of business… 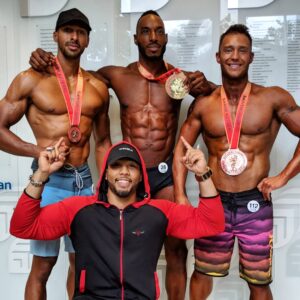 I’ve spoken to hundreds of coaches and the best ones are the ones that do it because they GENUINELY love what they do.

And the money is just a by-product of how much value they give or how much they care.

“I sometimes see things in them that maybe others don’t or have never actually acknowledged. Something that maybe they themselves can’t see. And I like to bring light to that. I like to empower people. I wanna leave people better off than how I found them.”

For Eren, it comes down to not just body awareness but understanding what the client is capable of.

It’s about empowering the client to become self-dependent.

Some skyrocketed, got results quickly, and were able to maintain it, while others didn’t really get the results that they should even though they’re working with him.

People who get phenomenal results

Those who get average results

When somebody is committed, he just can’t lose.

When somebody shows up 100% of the time, you’ll know that he’s serious.

“I know that if I have you here in my presence I can either if you’re not in a good mood I can uplift your mood, I can motivate you, I can empower you, I can inspire you in some way, and let’s say if we’re talking about working out for example then I know that a little bit is more than nothing at all.”

Eren said that discipline is important in achieving great results.

And if the discipline factor isn’t there, it’s like taking one step forward then taking two steps back.

“Every time I see that client, now it’s kind of like alright now we’re gonna waste time talking about why you weren’t following the plan, and what happened and why… There are always different things that distract us from actually achieving the goal that we set for.”

Every goal must be accompanied by a powerful WHY.

Because let’s face it…

Sticking to a regular exercise schedule is the most difficult part.

However, having a strong WHY will keep people from giving up.

“Being able to remind your client of the WHY that they set out for is very important. Because it’s that second that they’re about to give up and that intrinsic motivation needs to kick in, I’m like hey remember why you’re doing this.”

Having these three qualities is important not just in fitness but in any endeavor in life.

They will help you succeed and achieve excellence.

These are the qualities that separate winners from everyone else.

If you want to learn more about the Legend himself, you can check out his Instagram by clicking here

Since the age of 4 years old, doctors, teachers and family have “labelled” him as ADHD, ODD and ADD because he's disobedient, learned differently than others and he never fit in... Barely making his way through the traditional education system because he learned differently than how they taught, Logan discovered “Alternative Education” which simply means education outside the traditional education system... Having gone from homeless and addicted to psychedelic drugs to having worked with industry legends such as 6x Mr Olympia Dorian Yates who's been featured on "The Joe Rogan Experience", Jason Stone who's the creator of @Millionaire_Mentor with 10,000,000 followers & Jeremy Ethier Fitness Celebrity with more than 4,780,000 YouTube subscribers all because of “Alternative Education”... His life is now dedicated to 1 purpose within 3 words... Educate, Empower, Evolve... And that’s why Logan is an author here on millmentor.com, to bring you free education from successful people who’ve become successful through “Alternative Education” so that you can be empowered to take action using the “Alternative Education” provided on this website, so that you can evolve in all areas of your life.

George Heaton: One of The Most Popular Luxury Streetwear Brand

Darrell Patterson: From Losing His Job To Training Celebrities and Giving Away $12,500 Every 6 Weeks In His Fitness Challenge.

Natalie Jill: How She Went From A Broke, Single, Overweight Mother To A Fit, 50-Year Old Running 2 Multi-Million Dollar Companies