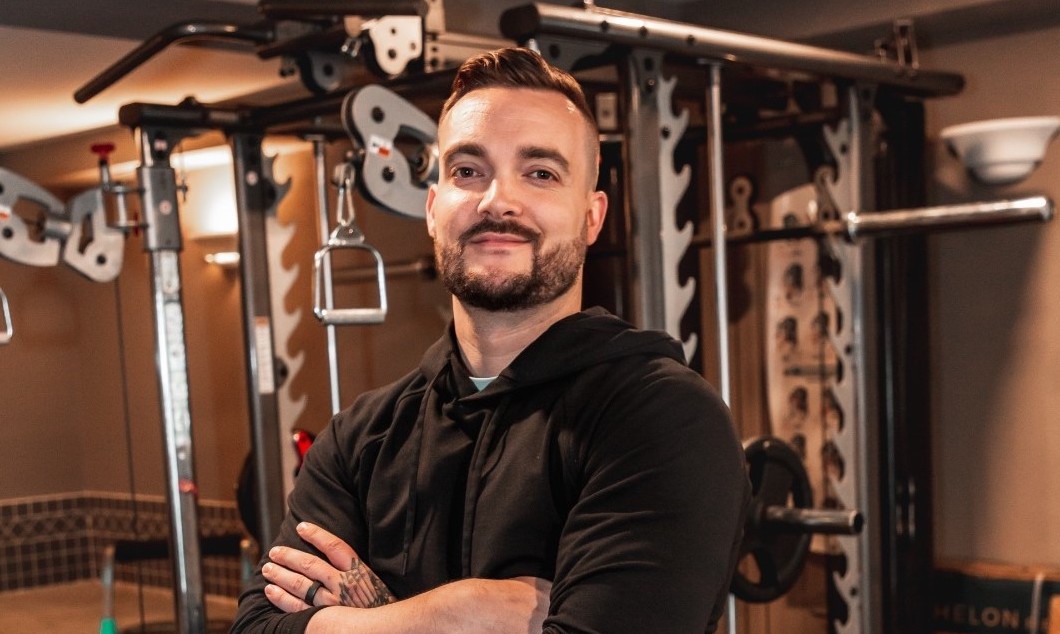 Before Robby Clark became a wealthy entrepreneur, he grew up in the entertainment industry, never having any formal education past eighth grade.

By age 16, he was already a 7 figure Canadian actor doing American productions.

But by age 17, he had lost his passion for acting and within a few years, he had filed for bankruptcy after spending all the money he had made.

While he got a job serving tables and bartending, his only way of education at the time was to read books.

That was when his reality had shifted and his business education truly began.

From there, throughout the ages of 24 to 34, “it’s just been a game of absorbing books, applying them, learning from people online and becoming an expert”.

Eventually, he became a wealthy serial entrepreneur – one of his companies being SID developments, a real estate company that is dedicated to taking undervalued assets and properties in underperforming neighbourhoods and investing in their restorations.

Now he uses his Instagram profile to educate Millennials and Gen Z with self-help and advice videos, believing that there are a whole generation of young entrepreneurs with untapped potential.

One success tip he recommends to succeed is to listen to audiobooks while you’re driving in the car.

On average, we spend a few hours driving in our car everyday.

But too many people use that time to listen to the radio.

Imagine how many audiobooks you can get through if you spend even just 20-30 minutes each day listening to it in the car at 2x speed.

“A lot of things I know come from the books I’ve read or experiences I’ve had”.

The “V Strategy” to Building Key Strategic Relationships As An Entrepreneur

This is Robby’s philosophy.

It’s also the key to building strong relationships with connections that have achieved what you want to achieve in your entrepreneur journey.

“If you’re going up to a lender you should show that you’ve done it before…if you’re going for unusual terms, show you have the experience to do that because that gives them more value.

What interest rate can you return? Maybe that gives them more value. You always gotta start with offering value first”.

Adding value is all about giving the person you want to connect with what they want without expecting anything in return.

For example, you can offer to work for free without being annoying or persisting if you get rejected.

Value is also dependent on the person.

For the super-wealthy, value is not money because they don’t need it.

So it’s all about asking yourself: “what other way can I provide value to the person I want to build a strong relationship with?”

Gary Vee preaches it on his social media to give “value, value, value”.

You get to the point where you’ve added so much value to the person, that the person will feel bad for not giving back.

I myself have had so many people ask me, “hey Wade, how can I help you?” because I determined what they wanted and I added value to their lives.

As Robby says as well, thinking optimistically is important when you give value and you don’t expect anything in return.

“Ultimately industries are developed by value. The cost of something tends to lean out as the industry grows because more competitors get in there and they offer more and more value to the consumer”.

Increasing your worth As An Entrepreneur

It also works from a mindset perspective.

A lot of people come up to me and say that they “have no value”.

But that’s just a poor mindset.

After many years of connecting with millionaires and celebrities, increasing your value as an entrepreneur comes down to your education.

Not knowing what value you can provide in your industry comes down to a lack of education.

You can’t know how to get to step 10 if you don’t even know what step one to step nine looks like with whatever your goal is in life.

So as we’ve mentioned before, when Robby started his journey as an entrepreneur, he got his education through reading books.

From there, making high-level connections is just as simple as finding out what they really need and then figuring out how to give that to them.

How to ensure unlimited growth in your business

It’s common for an entrepreneur to fall into the trap of micromanaging everything by themselves.

But doing that puts a ceiling on the growth of your business.

“A good way to run your company is pretending that you’re bad at everything because then you have to bring in other resources to complete that”, as Robby put it.

This is why it’s important to have a trustworthy team in order to scale.

And once you’ve trained your team with the skills you need them to have to get the job done, allow them to problem solve on their own.

Micromanaging them will take away from your time in doing bigger impact tasks in your company.

In fact, “most people have to be good managers to build their company in the beginning stages”.

The influences that got him to where he is today

One of the first books he had ever read was Rich Dad Poor Dad and it opened up his eyes to what the corporate rat race actually was.

It was the book that made him realize that in order to truly build wealth, he had to go beyond just being an employee.

He had to become an entrepreneur and an investor.

Robert grew up with an artistic family who encouraged and supported him in his dreams.

By grade 8 and 9, Robby was treated like a child star in his hometown and had made a good 6 figures a year as an actor.

His exposure to celebrities such as the Olsen twins, Will Farell and Drake had inspired him on his journey.

“I’ve been fortunate to have those experiences when I was young that allowed me to think that that was possible. So even when I was down, I still held onto ‘hey i can do this, i just need to figure out a way”.

Aside from his childhood influences…

No matter what interests he had (basketball, UFC, baseball, singing, etc)…

He always saw himself as special and a super high performer with whatever he did as long as he dedicated himself to it.

“No one around you is going to give you great pieces of advice.

Your neighbours may have the best of intentions.

But if they’re not educated in the field you want to master, they’ll end up giving you the worst advice.

If you have a plumbing issue, you go to a plumber. If you want to get good at the batting cages, you go batting.

Yet if people want to make stock picks and run a business, they’re asking their uncle who is a firefighter…if you want to be a millionaire, why don’t you go ask a millionaire?”

The bottom line is that your environment will either make or break your success as an entrepreneur.

The audiobooks that he listened to became his new environmental influence for success.

Looking at autobiographies of entrepreneurial icons like Richard Branson and the tycoons – these people and their stories can be your friends during your road to success.

With whatever you want to accomplish, you want to learn from the best – you’ll know what’s going on and you’re not going in blind.

In fact, I’ve even interviewed a 22-year-old who is now making a minimum $400K/month.

I asked him, “How the heck in your age did you become so successful?”

And he goes, “I went around and door knocked on millionaire’s houses and ask them how they made their money”.

Sometimes he would even jump through their fences just to get in.

“You are a product of the environment you grow up in”.

Change your environment, network and add value to the people who can help you to rise to where you want to be.

Do those things and success is inevitable.